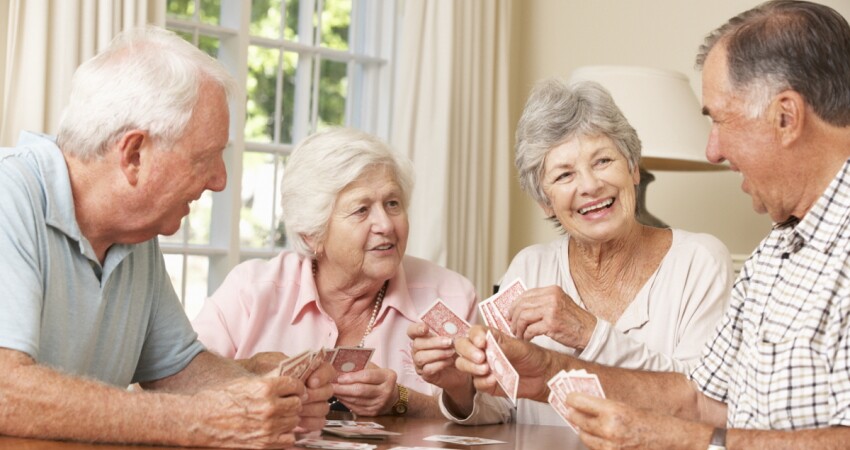 We all know what comes next, and trust me, that’s not something that any of us would want, all the more so if you’re a senior or have loved ones who are seniors. For our beloved golden-agers, though, basketball or football are no longer options. However, that doesn’t mean they couldn’t enjoy a good exercise right at the comfort of their seats. While a little cardio workout such as a 30-minute daily walk certainly helps, seniors could benefit from games that improve overall brain function and memory. Card games are such examples.

As we age, keeping the mind active is of utmost importance. There are many ways to do it, and it is advisable to mix it up once in a while as far as these activities go.

For seniors, brain exercises should be done as much as possible to experience maximum benefits. Even shorter sessions of games and activities that promote cognitive health can still be productive. According to a recent study, playing card games could delay the onset of dementia for seniors for up to five years. Writing letters and doing puzzles also have the same effect. Researchers found out that older people who do not engage in mentally-stimulating activities develop the dreaded memory-stealing condition.

Forbes Health published an article mainly surrounding the studies of Dr. Denise Park, Ph.D., and a professor and director of research at the Center for Vital Longevity in the University of Texas in Dallas’ School of Behavioral Sciences. In quoting Park about the benefits of playing card games as an activity for older people, the article says: “Many well-loved games involve significant cognitive challenges. When you play bridge, you have to remember who has played what cards, develop your own strategy while keeping in mind the intentions of fellow players, and keep in mind a complex point system for gains and losses.” Therefore, cognitive functions are enhanced when seniors engage in such an activity. 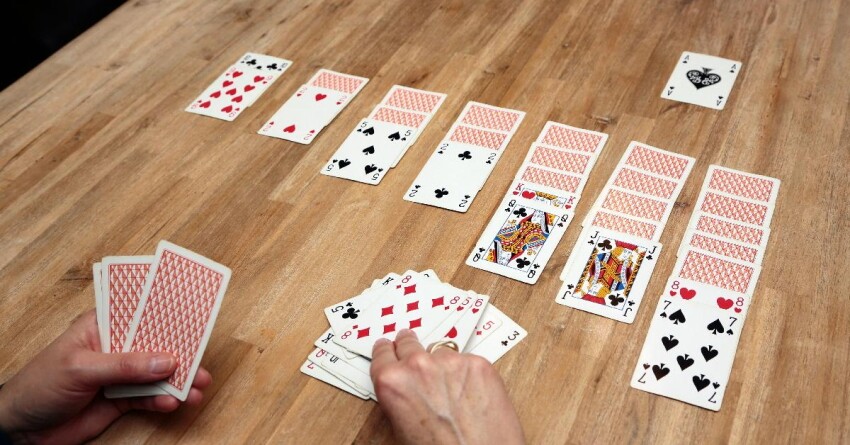 Card games that are played in groups have an added social element to them, but sometimes you have to play alone. After all, fellow seniors could face one issue after another, and a gathering may not be possible. For such cases, you don’t have much choice but to play a solo card game. And speaking of solo card games, Solitaire is quite the champion.

Many are familiar with Solitaire, but it’s worth mentioning the game’s elegantly simple goal: Organize a shuffled deck of 52 cards into four different suits starting from the Ace to the King. You won’t be successful every time, but hey, that’s the catch! The more challenging the deck is, the more seniors use their brainpower!

Solitaire also has many variants, and one popular type is the Clock Solitaire. If you want a form of Solitaire that’s pretty much the card version of playing chess with clocks, you will like this one. The “problem” with Clock Solitaire is that there is only a 1 in 13 chance of winning or a 7.6% success rate. But then again, that only makes a win much sweeter!

Another variation of the classic Solitaire is the TriPeaks Solitaire. In my opinion, TriPeaks is easier to learn, and you have more chances of winning compared to Clock Solitaire. As its name suggests, you start the game with a trio of peaks (also called pyramid piles) and a stock and waste pile. The goal is to move all the cards from the TriPeaks to the waste. You do that, and you win, even if there are still stock cards remaining.

No, this does not involve any alcohol, but what it’s worth, might as well be. Rummy is a relatively simple card game that demands a bit of strategy, memory, and lowkey detective skills to find out what the other players are up to. Actually, that’s not the primary goal of the game, but if played that way, seniors get a whole lot of brain exercise.

Here is how the game of Rummy starts. The player on the left side of the dealer takes the card on top of the stock or takes one from the discard pile. He adds that card to his initial hand and tries to form combinations called melds (three cards of the same number or position) or runs (three or more consecutive cards of the same suit).

A player may choose to show or not to show his melds, but if he opts for the latter, he must dump one card into the discard pile face up. Any card drawn on the discard pile may not be discarded on the same turn.

To win the game, a player has to run out all of the cards in his hand. If the cards on a hand are all part of combination/s, the player can lay them down on the table without dumping any card. This ends the game with no more additional play. If the last card of the stock pile has been drawn and there is still no winner, the player could just take the top card of the discard pile or turn it over, forming a new stock. The play resumes until someone wins.

If you do not know the game, it sounds like a lot. However, after some practice, you’ll get the hang of it in no time.

Spades is a card game played by teams of two. All 52 cards in the deck are needed, with each player getting 13 cards each. Because it’s a team game, it requires strategy and an awareness of how many spades are still left in the hand.

To begin playing spades, you must estimate the amounts of tricks that you can secure. You get a “trick” when you outbid all the other players depending on the first suit that is played.

For example, if player A begins with a three of hearts, all the following players should try to bid by placing any card with that suit. If player B bids the four of hearts, player C the five of hearts, and player D the six of hearts, D has secured the trick. What if one player does not have the suit that is led? He can still play a card of any suit, but the trick will be secured by the highest-ranked card in the suit that was led.

Now, here’s the catch. The game is called “Spades,” because the spades are the most powerful suit among the four. That means you can play a spade when you don’t have the suit that was led and possibly win, given if your spade is the highest-ranked spade card in the trick. The team that exceeds their estimate wins the hand.

Again, just reading the instructions probably won’t do any good. Get right into the action and learn on the fly! If you don’t have someone to play with, then you can play Spades online.

Snap requires a little bit of decisiveness, quickness, and force, so seniors should hopefully not get carried away too much.

In Snap, the goal is to collect all 52 cards in the deck. The standard deck must be dealt to all the players, and then one by one, each player picks the card on top and lays it face up. Now each player has two piles, face down and face up.

If any card on the face up pile forms a pair (for example, two Aces), the players rush to put their hand down on the table and shout SNAP! For safety reasons, seniors could just go ahead and shout SNAP instead of racing to put their hands in the middle of the table. As you can see, if a senior has problems with their concentration or memory, this is the perfect exercise to get the brain gears going.

The Old Maid is one the oldest card games in existence as it has been played since the Victorian Age. Its simplicity is probably the one that allows it to withstand the test of time.

Since Old Maid is essentially a pairs game, there must be an even number of players to determine a winner. One card out of the 52 must be hidden so that it’s unmatchable. The dealer deals all the cards to the participating players, and each should look for pairs in their hands and put them in a pile face up.

Then, the dealer faces clockwise as the player to his left allows him to draw one card face down. Whatever card he picks, he adds it to his deck. If the selected card has a pair on his deck, he discards that pair, and the play continues. The process continues until one person is left with that unmatchable card.

Why Seniors Should Play Card Games

Obviously, seniors should have a consistent routine of physical and cognitive exercises. Card games, for one, should be part of the latter. It helps improve memory and concentration while staving off the development of Alzheimer’s and other brain disorders that slowly rob memory. Since most card games can be quickly learned, seniors could just jump right in and let their intellectual gears grind.

Apart from the cognitive benefits, here are more reasons why the elderly are better off playing card games:

Seniors are at a juncture in their lives where they have to take extraordinary care of themselves. But on the other hand, they could not possibly do more because of their physical condition. Still, all hope is not lost. Playing card games, for instance, offer so many benefits ranging from stress reduction to immunity-boosting effects.

What are some of the card games that are suitable for seniors? Well, the less complicated ones include Solitaire, Spades, Rummy, Snap, and Old Maid. Of course, they could always opt for the more complex games, but the point is, playing card games ends up being more beneficial than everyone thinks. It’s easy to ignore such seemingly trivial things, but at the end of the day, it may be the difference to our loved one’s well-being and complete ruin.